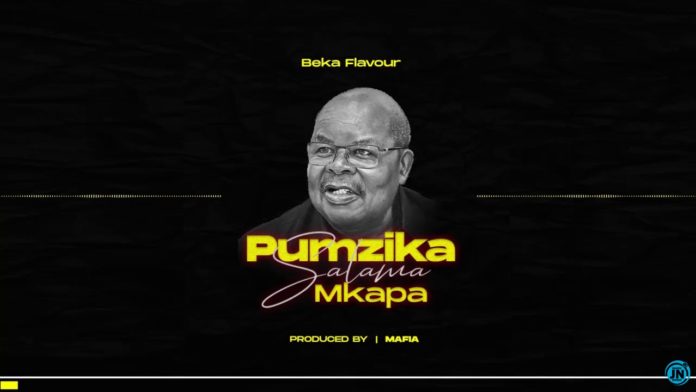 This is Beka Flavour’s new song with “Pumzika Salama Mkapa”.

The tribute song “Pumzika Salama Mkapa” was dedicated to the late 3rd president of Tanzania Benjamin William Mkapa. The song is produced by Mafia.
Benjamin Mkapa, Ex-President of Tanzania, Died at 81 last week.
Mr. Mkapa served two terms, from 1995 to 2005. The third president of his country since independence, he was the first democratically elected leader after its transition to multiparty politics. During his tenure, he played a central role in helping the country transition from a socialist system of development — popularly known as ujamaa — into a free-market economy.