Nigerian singer, David ‘Davido’ Adeleke, is often times a fun-loving and cool-headed person on social media. However, there are moments when he goes off after something might have displeased him.

In a new post shared on the singer’s Instastory, he promised to deal with a certain ‘fat b*itch’ as he threatened the person. 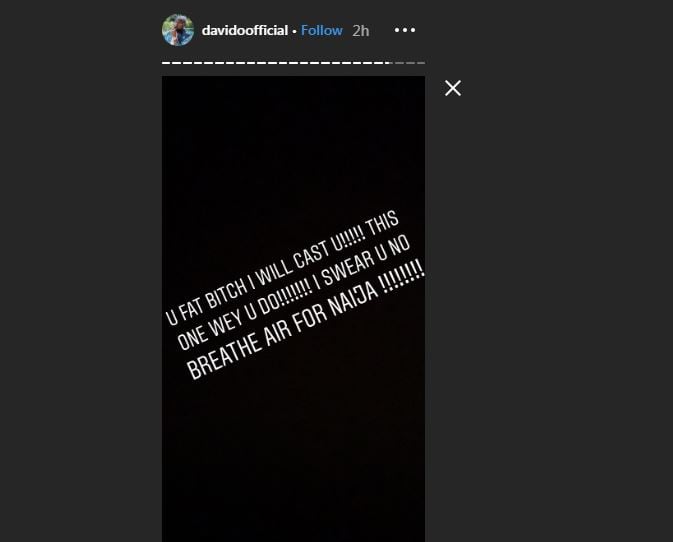 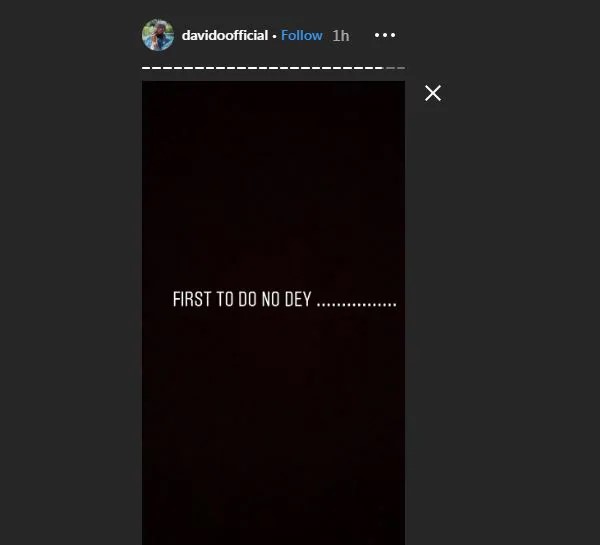 Meanwhile, Davido is still super elated with his engagement to his boo and he is not shy to announce to anyone who cares to listen that he’s off the market.

In a video shared on his instastories, the singer can be heard boldly telling a female fan that he is married, the female fan who was all up in smiles heartily congratulated the singer.

FULL ALBUM: Trippie Redd – A Love Letter to You 4 (Deluxe)…