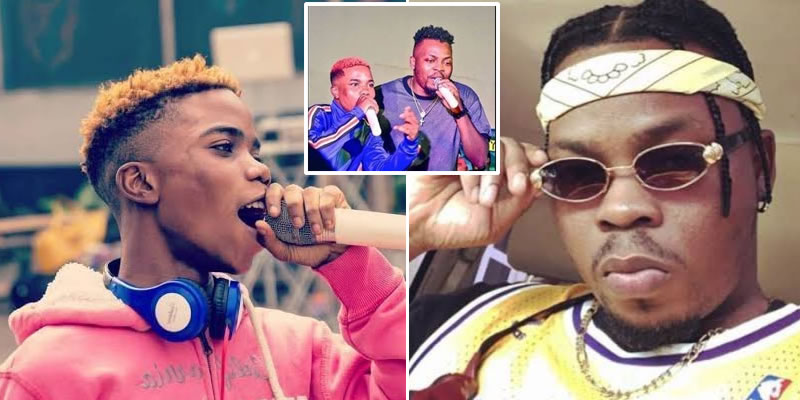 Ex-YBNL star Lyta has begged for the forgiveness of his former boss Olamide.

Several weeks ago, Nigerian music lovers woke up to the surprising news that young and talented artist, Lyta, has parted ways with Olamide owned YBNL Records.

Even more surprising to many, was the claims and allegations Lyta leveled against his boss concerning the terms of his engagement with the music label. He had submitted that he was not getting his due cut and also did not get support when he was dealing with a personal family problem.

Although Olamide kept mute most of the time, the only response at the time was an indirect message, shared on Instagram by the indigenous rapper.

In the posts, he had expressed that when a donkey is given too much attention, it starts to feel like it’s a horse.

However, in a recent twist of event, popular radio personality, Do2dtun of Cool FM, invited Lyta to the stations’s Superstar Wednesday programme, and he had some surprising revelations to make as it concerns his rift with his old time boss.

In a clip shared on the OAP’s Instagram page, the rap star could be heard expressing and emphasizing his love for Olamide time and time again.

He revealed he had that reached out to popular fuji star, Pasuma, to intercede in rift and help him seek the Woske crooner’s forgiveness.

“2020 is your year of double joy, a wedding and baby girl”- Uche Maduagwu prophesies…

Wizkid and Davido would collaborate before Nobember – Nollywood actor reveals

Davido reacts to tweets implying he is not Ifeanyi’s father

‘How I battled & beat the devil – Rapper, Kanye West opens up